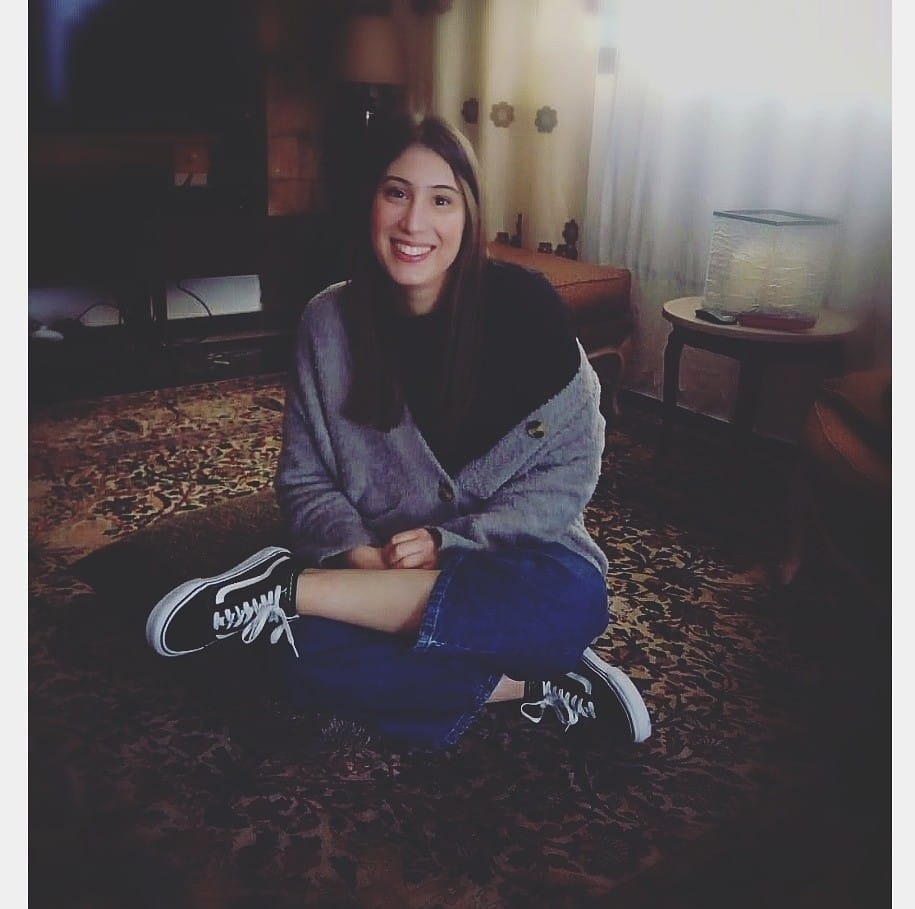 Hi, I’m Evangelia. I live in Greece and teach English as a second language. I love cats and I definitely have a mild addiction to coffee!

I’ve been prone to illnesses and infections from a young age, but my family and I had never understood why. I used to get ear and sinus infections quite often, and I was one of the very few children in the 21st century to catch measles. Even as an adult, I always get a runny nose and sore throats during winter – something my boyfriend and I have always joked about!

A couple of years ago, my mom received some blood test results showing that her antibody levels were low. The doctor told her this was worth investigating, and also suggested that my sister and I get checked for the same issue.

The cause of CVID is poorly understood. Maybe it’s a genetic thing – who knows? Many doctors don’t know a lot about the disorder. After all, it’s only estimated to affect between 1 in 25,000 to 1 in 50,000 people worldwide. This is probably the reason why nobody told my parents to look into it when I was younger.

CVID is a chronic disorder that impairs the immune system and makes patients susceptible to infections. Some patients also suffer from chronic fatigue and joint pain, among many other symptoms. Regular immunoglobulin therapy is used as a form of treatment, which can be delivered through subcutaneous or intravenous infusions containing antibodies obtained from donated blood.

Soon after my diagnosis, I started having subcutaneous infusions. The infusions are very painful and time-consuming. I need to prep beforehand, use numbing cream and take painkillers and antihistamines. I infuse every four weeks, and sessions last about 3 hours. Thankfully, I was taught how to infuse on my own using a pump. This means I don’t need to go to the hospital for my treatment, but can do it from the comfort of my home. I usually watch a film while infusing – romantic comedy is my genre of choice!

I’m usually in a lot of pain during my treatment. My tummy, which is where I infuse, is often very itchy and sore. Staying hydrated before, during and after the infusion is said to help with the side effects, but I can’t say I’ve noticed much of a difference.

I have to admit that I dread my infusions every month. The side effects take some time to wear off – usually about two to three days – and include swelling, redness, bruising and pain. Other side effects I’ve experienced are fevers, headaches, and tiredness. In general, I find the infusions both mentally and physically exhausting.

Getting diagnosed with CVID put me in a really bad mental state. I cried a lot and often wondered, Why me? I couldn’t believe it. I couldn’t understand that, if I wasn’t careful, even the common cold could be deadly for me. The thought of having monthly infusions for the rest of my life was very upsetting. On the whole, it was really hard for me.

I’ve recently started accepting my CVID, and I’ve realised how important it is to embrace that part of myself. I’m still at the very beginning of what seems to be a very long journey with a chronic disorder, but I’ve come to realise that it’s vital to be hopeful and positive about the future. Being in a good mental state is the key to facing a chronic illness. I’m very lucky because I’m surrounded by people who have supported me from the very beginning of this journey. I can’t say how helpful it is to have people who love and support you when dealing with a chronic illness.

Over these past couple of years, I’ve learned that educating yourself and others about your condition is very important. I’ve also learned that I shouldn’t be ashamed of my condition. I’m a Zebra*. Oh, and yes: antiseptic wipes and gels are my “best” buddies – I carry them everywhere with me!

*Zebra is a term used in medicine to describe a surprising or even exotic diagnosis. It comes from the saying, “When you hear hoof beats behind you, don’t expect to see a Zebra.” This is what Theodore Woodward, professor at the University of Maryland School of Medicine, said to his medical interns.

Hi, I’m Evangelia. I live in Greece and teach English as a second language. I love cats and I definitely ...

As a child, I had a lot of earaches, viruses and infections. I had the short term, German Measles four ...

Since as long as I can remember, I’ve struggled with viral and bacterial infections. I was always sick as a ...

When I was young, I was constantly sick where I caught chickenpox twice and the mumps twice, and even caught ...

My mother keeps a baby book that has wonderful memories of my birth and early childhood. My first word. The ...

He was my first child and he died at the age of 9 years old. Little did we know about ...

When Thieu was born, ten years ago, our world was perfect. He was a lovely and easy baby. He was ...

Pierre is from Belgium and lives with primary immunodeficiency. He is a passionate, semi-professional Japan karateka. Pierre lives with health ...

I was diagnosed with hypogammaglobulinemia in 1992. I had recurrent bouts of pneumonia and bronchitis that were unresponsive to antibiotic ...

Hello everyone, I was diagnosed with hypogammaglobulinemia seven years ago after 54 years of trying to get to the causes ...