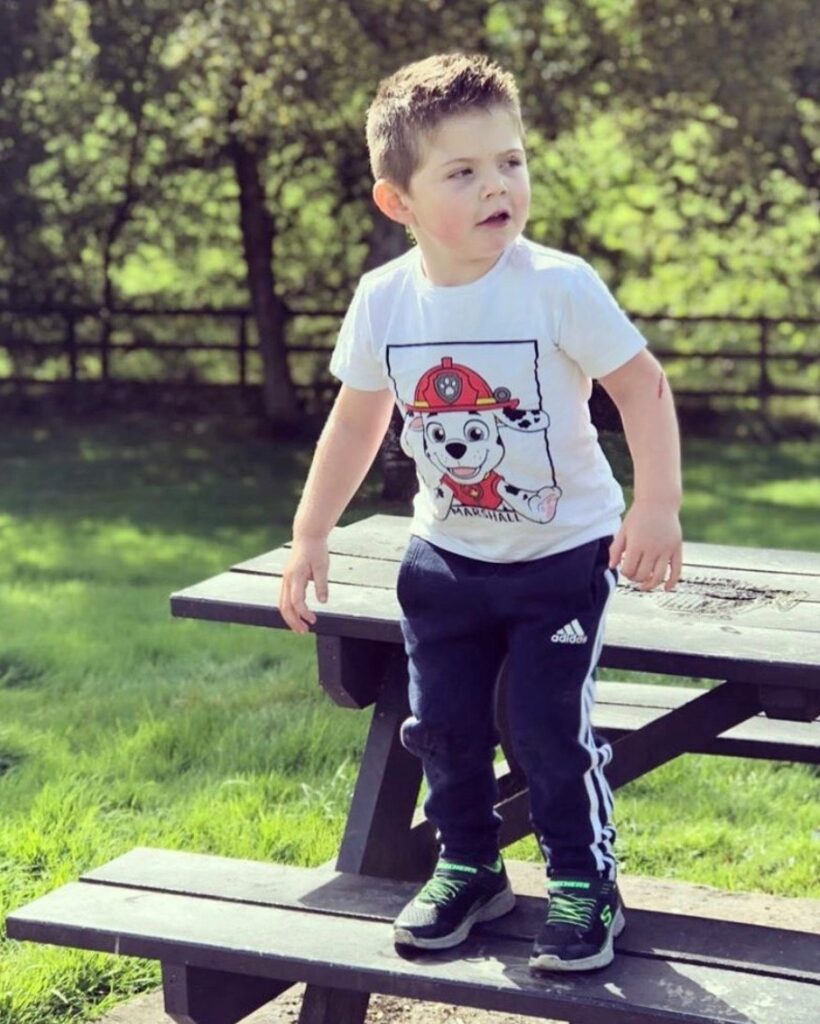 Harry was diagnosed with XLA at Craigavon Area Hospital when he was two days old. I felt devastated at the time and it was something I struggled with for many weeks. I was worried about what the diagnosis meant for Harry and how his health would develop, now aware that he couldn’t produce antibodies of his own.

Harry’s first treatment started when he was three months old and it was very overwhelming. Many treatments have been difficult and we have all ended up in tears. I was very fortunate because, before we started home therapy, just before lockdown this year, my dad always came with me to the Royal. This was a great support for me and Harry.

One of the most poignant memories I have was when Harry was only five months and they couldn’t get a vein in his arm for his bloods, so they had to try and locate one in his head. This shows you how tough it was at times for us.

The immunology staff and children’s nurses have been great with us.

I have great support from my mum and aunties, who are always only a phone call away.

I believe Harry‚ happiness and contentment with all those involved in his care and upbringing has been a big contributing factor to his general well-being.

We are still in the infancy of this journey we have with Harry, but I wouldn’t change him for the world.