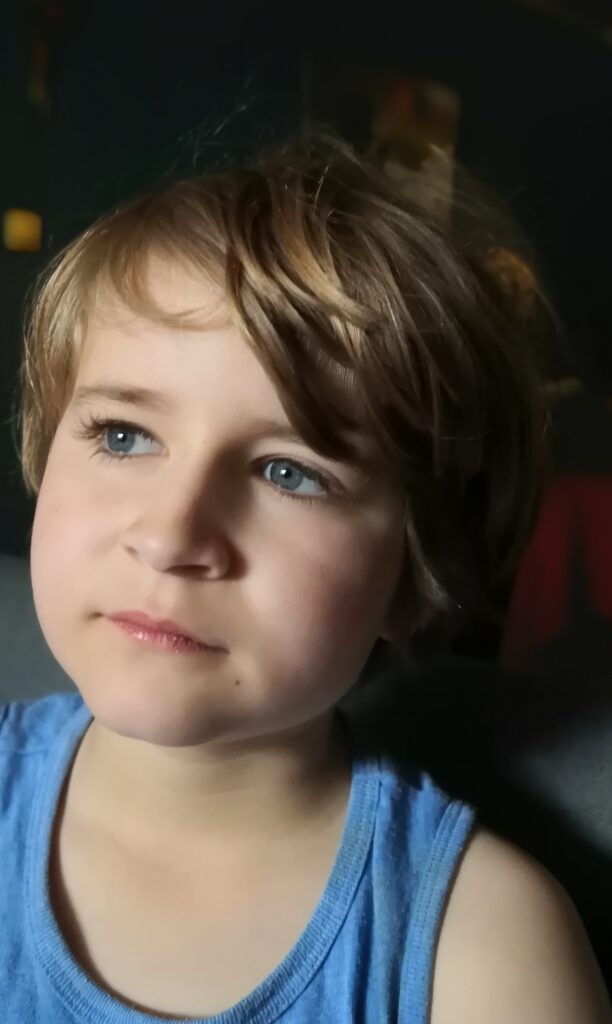 When Thieu was born, ten years ago, our world was perfect. He was a lovely and easy baby. He was only two months old, when he began to have fevers combined with rashes on his legs, arms and face. We went to our medicine and were told that the rashes were an allergic reaction to mosquitoes. The summer past, but he still had rashes coming and going.

Furthermore, he regularly was (very) ill and often had fevers. We visited several medicines, but none of them could give us an explanation and we were told that he was doing fine and that he would grow out of it.

Eventually, at the age of two, we visited a dermatologist in an university hospital. From there he was referred to a rheumatologist because of signs of inflammation in his skin and abnormal blood results.

Thieu was still vulnerable to infections, was quickly tired and had lot of mollucosa. At the age of four, he was referred to an immunologist. He was diagnosed with a primary immune deficiency and a therapy of immunoglobulins was started.

His condition improved… until two years later, when he suddenly had severe pain in his leg and barley could step. He was hospitalised and turned out to have a vasculitis and myositis in his leg. His physician directly suspected DADA2, a very rare auto-inflammatory disease, and a blood sample was send to a specialized lab. Few weeks later we got the diagnose DADA2. Our physician was open and honest in her explanation of the illness: Thieu had an increased risk at cerebral infarction and lots of other serious medical issues. Our world stood still for a moment… The rest of the family was also tested and his sister also was diagnosed with DADA2.

Thieu recovered from the vasculitis in his leg but began to have pain in other limbs. I remember a morning when he had severe pain in his arm and began to cry because his cup of milk was to far on the tablet and he couldn’t reached it. It brought tears in my eyes to see my son suffer that much.

Our physician decided that it was time to start with Etanercept. But at that moment Thieu began to have petechia, noise bleedings, had a lot of bruisings and was extremely tired. Thieu had a severe low amount of trombocytes and red blood cells. He had an auto-immune demolition of his trombocytes and red blood cells. When his body was recovered from this all, he finally could start with the therapy of Etanercept. Since then he is doing pretty fine, but still needs a frequent follow up.

Having a child with a rare disease is not always easy, the uncertainty of his condition is difficult. But we know we’re not alone: about two years ago, we had the wonderful opportunity to meet other families with Dada2 patients from all over the world in America. It was an unforgettable experience to learn more about the disease and connect to others who experience similar issues. Through the Dada2 foundation, we stay in contact with each other.

We take it day by day, trying to make the best of it! We also have the luck of having a great physician taking care of our kids, she’s really the best and that makes a world of difference!Nike shoesnike fashion